The Growth Of Aughton Street

The Growth Of Aughton Street 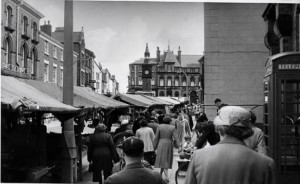 Aughton Street has provided the town with a vast range of businesses and shops over the years, the street accommodated the market, with stalls stretching as far down as Park Road and beyond.  Large employers operated along the street, the Gas Company was based there from the mid 19th Century and built houses for its workers close by.  The Post Office moved from the top of the street and settled into the new premises during the early 1900s.  The Boys School occupied a prime position on the street for many years and it was also home to the town Library for a number of years. 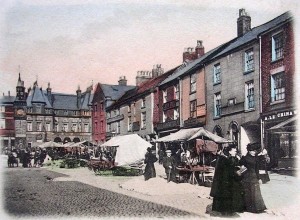 Around a dozen public houses enjoyed good and bad fortunes along both sides of the street, The Fleece, The White Bull, The Black Horse, The Queens on one side and the George & Dragon, Talbot, Black Bull, Forrester’s Arms, Bull’s Head, Star Beer House and Greyhound on the other side. 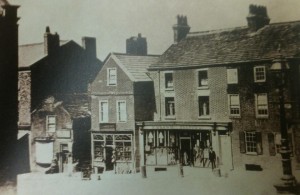 Yet behind the thriving shops and businesses there were on both sides many small courtyards and alleyways where people lived.  The use of the spaces behind street fronted buildings for dwellings increased massively during the mid 1800s when migrating agricultural workers came into the town, many of them Irish Immigrants. 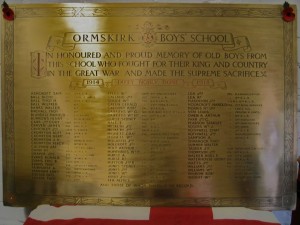 Two amazing Great War Memorials are forever linked to Aughton Street, the Boys School Memorial, currently safe in a private collection, and the Memorial in the main Post Office.

To the west the buildings at the start of the street near the clock have remained the same for over 100 years, whereas across the road, the original Mawdesleys Gingerbread shop, the Fleece Inn and downwards there were rebuilds and new builds over many years. 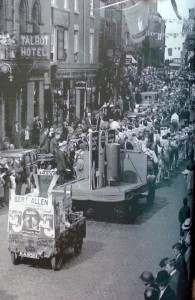 The street continued to attract national retailers, during a time when the town had everything a shopper needed.

Ormskirk Bygone Times has collected detailed history on the courts of Aughton Street and the families that lived in them, on the school and the businesses, visit our Facebook page at https://www.facebook.com/Ormskirkbygonetimes for more information.