Ormsirk Men & The First Weeks Of The Battle Of The Somme

Ormsirk Men & The First Weeks Of The Battle Of The Somme

The Battle raged on after July 1st, a day which has gone down in history as the worst in British Military History for losses.

Ormskirk District lost men on the first day of the battle like most other places. Isaac Allman and Clifford William Bales were both with the 18th Bn King’s Liverpool Regiment, they had both attended Ormskirk Grammar School and both were pack leaders with the 1st Ormskirk Scouts. They had signed up just a day apart in the first month of the war and no doubt they were pals during their first years of service. They are remembered on the Aughton Civic Memorial, the 1st Ormskirk Scouts Memorial, and the Ormskirk Comrades Roll of honour, both at buried in the Dantzig Alley British Cemetary at Mametz.

Isaac Allman had been born in St Kilda, Victoria, Australia in 1893, his parents had set out to Australia after marrying to start a new life and a new family, sadly his father, also Isaac, died and his mother Jane returned to England with her two children, settling at Trenchfield Cottages, Prescot Road after re-marrying.  Isaac worked at a local Hotel when he left school but then started work for Lever Brothers. He signed up the day after Clifford Bales, 1st Sept 1914 and he too joined the 18th Bn King’s Liverpool, the white collar Bn as it was termed.  Isaac is also remembered on the Lever Brothers Employees Memorial .

A news report following the death of Clifford Bales. Click for larger view

Private Clifford William Bales. Clifford was born in Toxteth, 23rd Sept 1894, son of William Ellis and Alice Ann Bales. The family moved to Rockville, Altys Lane, Ormskirk before 1901. Clifford signed up in August 1914, prior to that he been working at the District Bank on the corner of Moor Street and Aughton Street, for 4 years. He joined the 18th Bn King’s Liverpool Regiment, one of Lord Derby’s battalions. The 18th Bn were amongst the first over the top at 7.30am on 1st July 1916, going over in four lines, their goal being to take the enemy line, the Glatz Redoubt and the village of Montauban, enemy machine-guns cut down many men, those who reached the enemy engaged in hand to hand combat, Clifford was lost here and buried in haste, in 1919 his remains, like hundreds of others, were reinterred in Dantzig Alley British Cemetary, Mametz. Clifford is also remembered Holy Trinity Church Bickrstaffe memorial.

Also lost on that first day was 8234 Lance Corporal Robert Francis Rogers, aged 31, 1st Bn Royal North Lancs., KIA 1st July 1916, Robert had worked for the waterworks since leaving school, then enlisted in the Territorials in 1904 for a number of years, His family lived at Moss Delph Lane, Aughton. He married Jeanie McConnachie Tromp in 1907 and they lived at Toxteth Villa, 16, Halsall Lane. He became a postman in the town in 1912. At the outbreak of war he re-enlisted in 1914. Wounded in 1915 twice, he was in the retreat at Mons, he returned in 1916. Robert was killed on the first day of the Battle of the Somme and is remembered on the Thiepval memorial with no known grave. He is also remembered on the Aughton Civic Memorial and the Post Office Memorial. He left a widow and two children, 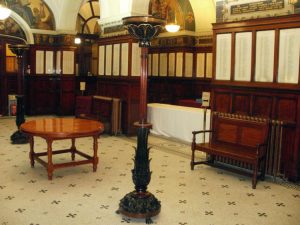 33193 Lance Corporal John Kirby, 21,17th Bn King’s Liverpool Regiment, was killed on the 3rd July 1916, born Liverpol Road, Bickerstaffe,Ormskirk. His father George worked at Bickerstaffe Colliery when John was born, then the family moved to Rock Lane, Melling but when John was killed, his widowed mother Jane nee Bradley had moved back to Ormskirk and was living at 71, Wigan Road. John is recorded on the Thiepval Memorial as having no known grave, he is also on the Memorials at St Thomas C of E Church, Melling and the Liverpool Town Hall Memorial.

29648 Private Peter Cave, 22, also serving with the 17th Bn King’s Liverpool Regiment with John Kirby, was also killed 3rd July 1916, born Long Lane, Aughton, his parents were John and Mary Cave nee Balmer and they lived next to the Dog & Gun, Mary’s father, John Balmer, who was from a local Quarrying family. Peter and his family moved to Johnson’s House Farm, Ulnes Walton before the war. Peter has no known grave and is recorded on the Thiepval Memorial and the Aughton Civic Memorial.

These men and the many others lost at the Battle of The Somme from July to November 1916, as well as all other local men lost during World War One are included in a display at The Civic on Thursday 7th July, 7 – 9pm, when in partnership with WLBC , we will be screening a film made by the Imperial War Museum which tells the story of the Somme and the men lost. The film last 1hr 13mins and is a cert PG.

Admission is free, a small donation to the cost of room hire is optional.

By Dot Broady-Hawkes in Military, Ormskirk Roll of Honour on 4th July 2016.
← Ormskirk Men Killed At The 1st Battle of the Somme Riot At Ormskirk →